Thanks to the popularity of dance shows on network TV, dance studios around the country are busier than they’ve been in decades.

The fastest growing demographic taking lessons is people over the age of 50. When asked why they waited so long, many say they were afraid they would embarrass themselves. Quin Bommelje agrees.

She had secretly wanted to try for decades, but it wasn’t until she was 60 that she finally took the risk. It didn’t go well. She was so bad when she first started, her husband couldn’t bear to watch. She had a hard time simply keeping the beat.

But something amazing happened. She got better and better, to the point where she had to find a new partner because her husband couldn’t keep up. She and her instructor started entering ballroom dance competitions!

Before long, the 4 foot, 11 inch, fireball was burning up the dance floor, taking top prize at prestigious competitions all over the country, not just in her age group, but also in the overall categories.

Suddenly, the woman who spent most of her time at home was now travelling America, wearing exotic dance costumes and feeling better than she had in decades. Finally, she explained, after years of making her children her first priority, now she was living for herself!

The more she danced the better she felt. Instead of hitting a plateau she kept sharpening her skills and mastering more advanced steps until finally, the unimaginable happened.

She stepped out of her comfort zone once again and auditioned for the hit NBC-TV show, America’s Got Talent. Not only did she advance past the auditions, she and her partner were awarded the Golden Ticket, straight to the live shows where she became a national celebrity. And she accomplished this at the age of 70.

Quin says she has never felt more alive. She has her spark back, a spark that trickles down to her marriage, her family and her friends. It’s even encouraged her to do everything she can to make a difference in the small impoverished town in Thailand where she was born. 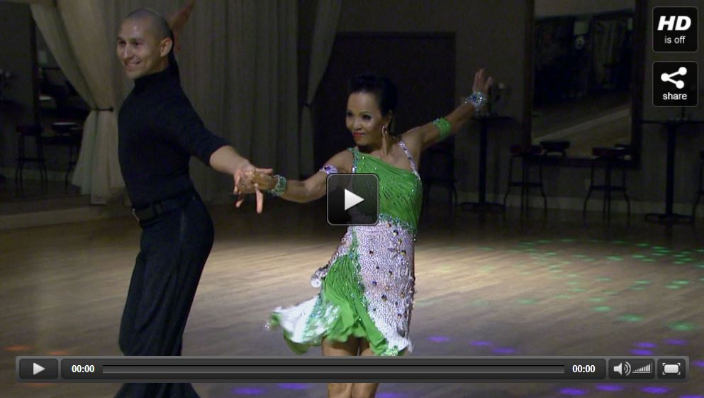 Quin Bommelje has turned her love of dance into a whole new life.